New studies suggest forebears’ age and physical proximity matter when it comes to their grandkids’ survival.

Grandmas often help out a lot with grandkids. That may be why women live long past reproductive age and why menopause, which is rare among animals, evolved—an idea called the “grandmother hypothesis.” Now, two new studies published today (February 7) in Current Biology offer some evidence that supports the hypothesis, with some caveats. In some 17th- and 18th-century communities, the studies found, the younger a grandma was and the closer she lived to her grandkids the better chance they had of surviving early childhood.

“Grandmother help is central to human families all around the world, but we find that the opportunity and ability to provide help to young grandchildren declines with grandmother age,” Virpi Lummaa of the University of Turku in Finland, a coauthor of the one of the studies, says in a statement.

Lummaa and her colleagues studied the records of Finnish churchgoers born from 1731 to 1895, including 5,815 children. If maternal grandmothers living in close proximity to their extended families were 50 to 75 years old, their grandchildren aged 2 to 5 years old had a better chance of survival—a 30 percent boost—than kids with no maternal grandmas. Having a paternal grandmother over age 75 raised the odds of dying before age 2 by 37 percent compared with a child whose paternal grandmother was no longer alive.

“We said it as a joke when we had the idea for this study. ‘Oh killer grandmothers, wouldn’t that be such a great story?’” Simon Chapman, an evolutionary biologist at the University of Turku in Finland tells Science News. “Then we found it.”

David Coall, a biological anthropologist at Australia’s Edith Cowan University who was not involved in the study, suggests the decreased survival rate for kids with older paternal grandparents was due to conflict between parents having to care for young babies, as well as their own aging parents. “What we are likely seeing here is a historical version of the sandwich generation,” he says, referencing the phenomenon of people simultaneously raising children and taking care of their parents.

Having grandmas that lived far away didn’t seem to help either, another group of researchers reported in a second study. Using data from Canada’s St. Lawrence Valley, which included information on 3,382 maternal grandmothers and 56,767 grandchildren living sometime between 1608 and 1799, the team found that as distance between moms and daughters increased, the daughters had fewer babies—an average of 0.5 fewer kids for every 100 kilometers to be exact.

Melissa Melby, a medical anthropologist at the University of Delaware in Newark who was not involved in either study, tells Science News that the research offers a good look at the life of communities in North America and Europe in the 1600s and 1700s. But she says she’s not convinced this is solid evidence for the grandmother hypothesis, suggesting menopause may have evolved by accident. It may have been a result of older men fathering babies that then inherited longevity genes. Or, at least in the case of the data from Canada, it could be because women were having babies later in life, until age 40, and so grandmothers survived because they were still raising their own offspring.

University of Turku Receives €12.3M in Strategic Funding from the Academy of Finland in the Profi 7 Call

New paper by Lynch et al. out in Proc R Soc B: Socio-cultural similarity with host population rather than ecological similarity predicts success and failure of human migrations 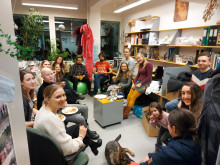 Virpi Lummaa and the group got awarded a grant from Kone Foundation: MigrantLives 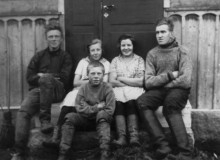 Apply for a postdoc position: social networks, fertility and ageing in humans 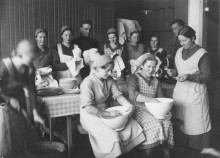 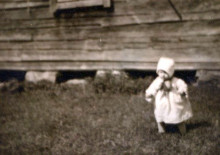 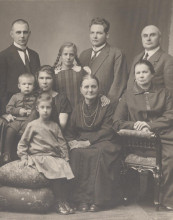 The consequences of forced migrations are felt globally and are faced by millions of people each year. 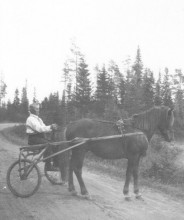